Prior to May 17, 1954, it was legal in the United States to racially segregate public spaces such as schools, providing “separate but equal” accommodations. However, said facilities never reached equality and the notion of separate often meant much more work on behalf of minorities – such as walking 4 miles to elementary school while passing a school 4 blocks away as young Linda Brown did.

Linda and her parents, Leola and Oliver Brown, would become the faces of the landmark U.S. Supreme Court legislation “Brown vs. Board of Education”. From this ruling, racially segregated schools became illegal and significantly impacted the education and lifestyle possibilities for African Americans in the U.S.

The anniversary of that nearly 70-year-old decision always falls near the time of a much newer celebration called Global Accessibility Awareness Day (GAAD). #GAAD started with a blog post and subsequent tweet (very apropos for this technology era), and now the 3rd Thursday of May designates a time for people to increase awareness about strides and challenges regarding people with disabilities and digital access.

As #GAAD & Brown vs. Board of Ed share proximity, a question comes to mind: Are people still using the “separate but equal” mentality with people with disabilities? Unfortunately, there is ample evidence the answer is “Yes”. #A11y

Take this year’s Advanced Placement (AP) testing for U.S. high school students, which shifted to online, at-home exams due to the Coronavirus. Among several issues encountered with the change was the fact that blind students were not fully accommodated. While the College Board did provide accommodations for students with disabilities, many blind students voiced several concerns like Kaleigh Brendle and Mitchell Smedley via YouTube video and Kaleigh via Twitter. (Note unfortunately their videos are not captioned.)

One significant problem regarded lack of Braille printouts for complex text, images, and math. This meant blind and deaf-blind students had to rely on a screen reader, which reads aloud text-based interpretations of the graphical interface, and/or a refreshable Braille display, which outputs the screen reader information one line at a time in Braille.

Key to the issue is that Braille (and, overall, touch) is how a blind and deaf-blind person “sees”. So, imagine someone dictating to you a long, detailed exam that is heavy on visual information, but you can’t look at anything. Imagine doing math, referencing an essay, editing code without being able to take in a full view of the information and home in on what you need when you need it, as would be the case with a Braille printout. Instead you get only one line of information at a time on a Braille display or a paragraph of information all at once from a screen reader, including potentially long text descriptions of complex images. In other words, some students walk 4 miles while others walk 4 blocks.

Technology has the potential to be a great equalizer, but currently it is only widening the gaps. Accessibility standards and criteria are rarely taught as part of school curriculum or given equal weight as requirements in industry. A recent review of the top 1,000,000 home pages on the Web today revealed 98% had some sort of basic accessibility issue.

Overall, users with disabilities are not given the same consideration because, like racism, we have a societal issue called ableism. Disability discrimination was outlawed in the U.S. by the Americans with Disabilities Act (the ADA) and is similarly outlawed around the globe. However, a law alone does not change one’s mindset and actions; that needs to be an intentional act by every individual once the offense is understood.

Ironically, “disabled” is the only group that anyone can become a part of at any time due to injury, disease, or simply aging. Impairment doesn’t discriminate but people do. This means people must identify as “disabled” even if they don’t care to because discrimination leads people to identify and band together based on the labels of their oppression. Most people, however, simply want to be seen as just that: “people”.

It’s not easy to learn how to think and design universally, and universal doesn’t necessarily mean one solution works for all. But “accessible” and “universal” do mean that everyone has the same opportunity and ability to access a given entity – whether a Website, a building, or one’s education. The resources are there, but efforts must be made. The more people think universally, the less people with disabilities will feel separate but, rather, be equal.

How Do I Start?

What are your thoughts and experiences – as a disabled or non-disabled person? Reach out and let’s continue the conversation here or elsewhere on social media. The first line of defense is awareness so keep talking and keep advocating!

UPDATE: The blind students referenced in this post received advocacy help and were able to obtain Braille printouts for their exams!

UPDATE: One voice turned into nearly 400,000; College Board finally listened. I fought to ensure that ALL #BlindStudents who needed Braille on the #APExams would receive it, and that’s going to happen! Watch below ⁦@CNN⁩ #ThrivingBlind ⁦@NFB_voice⁩ ⁦@Riccobono⁩ pic.twitter.com/xz1Ed9nqSB

Published by Michele A. Williams

Hi, I’m Dr. Michele A. Williams, owner of M.A.W. Consulting, LLC - Making Accessibility Work. I am passionate about making technology accessible, but this only happens when we also understand the true inclusion of people with disabilities in all aspects. View all posts by Michele A. Williams

2 thoughts on “4 miles vs. 4 blocks: Eliminating separate and not equal among people with disabilities” 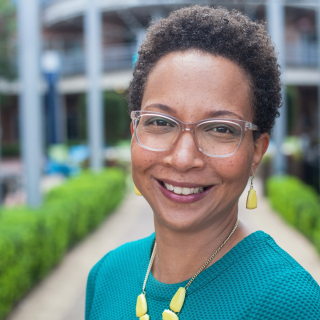 Hi, I’m Dr. Michele A. Williams, owner of M.A.W. Consulting, LLC - Making Accessibility Work. I am passionate about making technology accessible, but this only happens when we also understand the true inclusion of people with disabilities in all aspects.